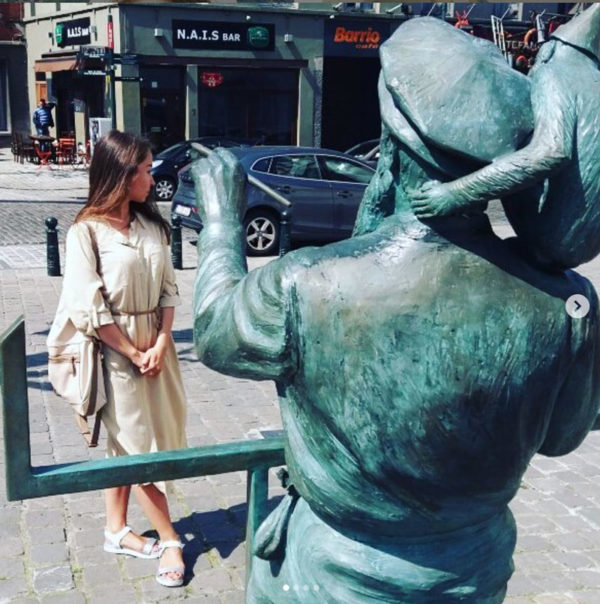 When I moved to Belgium in 2014, I did not expect that my life there would be intertwined with other Ukrainians so tightly. Generally, when people move out of their own country, they rather prepare to build connections with locals from their host country than other emigrants. It took me almost two years to actively start searching for ways to engage in activities connected to Ukraine and now, in retrospect, I realize that it was the best decision I could take to secure my future in Belgium. Paradoxically, to secure my future in Belgium I had to find other Ukrainians there. But let us look at how it all started.

Having studied for almost two years at a Belgian university, I started to realize that I want to stay in this country for a few more years, but I definitely do not want to break ties with Ukraine. “What can I do?” – I asked myself. As always, when one does not know the answer, but only keywords (“Ukraine”, “Brussels” in my case), one asks Google for consolation. This is how I found the website of Promote Ukraine, at the time only a 1-year old NGO organization, and I decided to write to them to ask whether I could be of help in any way. They contacted me almost immediately and we met for a coffee at Grand Place in Brussels. Two tall young PhD’s, Marta and Yuliya, revealed to be a bit of the work that was happening at the NGO at the time, quite a few very ambitious projects, where help would be needed. This is how I became a media manager, selecting news articles and informative videos about Ukraine to Promote Ukraine’s Facebook and twitter pages. In addition, I got to help with the preparation of a conference on doing business in Ukraine and made first connections with European politicians and businessmen interested in Ukraine.

It has been over a year since I joined the organization, when my time in Belgium was coming to an end (meaning, I was about to graduate) and frankly, I had no plans about my future. It was indeed scary, as scary as not knowing which country you are going to end up in can be, when I accidentally found a job at a BBQ party. Promote Ukraine celebrated its 3rd birthday, annually marked with a barbecue party, where one of Promote Ukraine board members mentioned that there was a vacant position at her current company. “What are the requirements?” – I asked, routinely feeling like I will not qualify for a job and moreover, I did not speak any of the official languages in Belgium fluently at the time. It turned out though, that the company worked entirely in English and my Philosophy degree was more than enough for the role where writing and communication are the biggest requirements. I was interviewed in three days, got the job, received work permit, and joined the company in less than a month. Considering the amount of applications my company received, there is no way they would have selected my CV without me being recommended by their team member. Ukrainian myself, I was recommended by a Ukrainian. Moreover, even my accountant is a Ukrainian, and I met him through Promote Ukraine too.

But my connection with Ukrainians and Promote Ukraine did not end with me getting a full-time corporate position – in fact, it only strengthened. We organized more conferences, wrote and published articles, and saw the Ukrainian community growing. There are many events happening for Ukrainians every month. Various after-work parties, social gatherings, dinners, filming, workshops. The point is not that having moved outside of Ukraine Ukrainian expats should keep a close connection to the country (it is a personal choice), the point is that it is often easier to arrange life in the new society if one sees examples of successful integration of their fellow countrymen. Emigration is stressful due to many things, but having to define new purpose in life, searching for ways to be helpful to society, and maintaining self-image are some of the more important. When you meet a Ukrainian who is one step further, who has already settled and arranged professional, social, or leisure aspects of their life in Belgium (or any other country, for that matter), you get inspiration and a clear direction of how you can move further.

For sure, it is not always clear where to start. Where do you search for Ukrainians, not to say for Ukrainians of similar mindset and ambitions? In many ways, it is a gamble and nobody can guarantee that you will find friends or colleagues. But even on the most technical level, there is a difficulty. Taking the example of Belgium, which is a tiny country and where Ukrainians from different cities maintain close connection due to proximity, there are a few pro-Ukrainian organizations in Brussels and a whole diaspore or second or third generation Ukrainians born in Belgium. Clearly, there are different target groups not only in terms of age but also in terms of interests and even language (Belgium has three official languages). The question is, how does a newly arrived Ukrainian find their way through all the multiplicity of activities? One would have to dedicate many hours to search through google, Facebook events, other announcements… not to say contacting each of them! And then, what keywords are best to use? In which language?

This is one of the reasons (though not the only) why Promote Ukraine committed to create an app through which Ukrainian expats and other people interested in Ukraine can connect, meet, and share their ideas! It allows filtering events and organizations by location and it allows organizations to promote themselves, attract new members, and popularize their activity. Currently, the app is in private testing, but soon will be available for download. I would really recommend it to everyone who is searching for ways to unite with other Ukrainians, do business in Ukraine, or participate in Ukraine-oriented activities.