Lake Synevyr: The Eye Of The Sea In The Carpathian Mountains

Lake Synevyr, being the largest and the deepest mountain lake in Ukraine, is considered to be a true natural pearl and a distinguishing feature of the Zakarpattia region.

The area of its stream pool is about 5 hectares, and at its deepest it is 19.5 metres in depth. The lake water is very clear and its average temperature ranges between 10-19 degrees Celsius, is warm only to a depth of 1-2 metres. There are three types of trout in the lake (brown trout, rainbow trout, and lake trout), however fishing and swimming are prohibited. Only drifting on a raft is permitted.

The water level in the lake changes throughout the year. Synevyr is at its largest and fullest in spring when the snow melts. Spruce trees of 140-160 years of age stand along the lake shores. Scientists believe there was an earthquake in this area 10,000 years ago, which caused a major landslide. The rocks blocked the valley stream. Over time, the resulting depression was filled by the water of several mountain streams, forming a magnificently beautiful lake.

Divers also confirm this theory as they have explored the bottom of the lake and found there the remains of fossilized trees still standing upright. However, national folklore tells a completely different story of the lake’s origin.

According to the most common legend, there once lived a count who had a beautiful daughter named Syn’. One day, walking in the outskirts of the mansion, the girl met a shepherd named Vyr who was from a neighbouring village. They fell in love and began to date secretly. When the count learned about his daughter’s relationship with the commoner, he ordered his servants to kill Vyr. They tracked him down and killed the shepherd with a huge rock. Syn’ cried her heart out and her tears turned into a large lake, and the deathrock became a small island in the middle of the lake which was named after those lovers – Synevyr.

People also call the lake the “Eye of the Sea” because of its blue water and an island in the middle, which resembles a pupil. A 13-metre-long sculptural composition, titled “Syn’ and Vyr” and made of mahogany, is based on the most famous legend and was erected on the lake shore. Locals tell the staggering number of other legends and stories about the origin of the lake and describe various events that occurred on its shores. This mysticism, together with the lake’s picturesque nature, attracts thousands of tourists. Almost everyone who visits the shores of Synevyr speaks to feeling a wonderful emotional uplift, an experience of mental clarity, and close contact with the environment. All this creates a wonderful atmosphere, inspiring and spreading positive vibes. And the legendary love story attracts newlyweds from all over Ukraine to hold their wedding ceremonies in this place.

Lake Synevyr is considered to be the main treasure of the Synevyr National Park. This charming wildlife spot incarnates all the beauty of the Carpathian Mountains: mineral springs, spruce and beech forests. Thirty-eight species of unique plants growing around the lake and 20 species of animals living in this area are listed in the Red Book.

The rehabilitation centre of brown bears has operated in the park since 2011. Animals that have experienced animal cruelty or were in captivity without appropriate conditions are brought here. Tourists can also visit the only forest museum in Europe, located not far from Synevyr. In this museum, you can learn about ancient loggers’ tools, models of knots, facilities, and details of all technological processes of preparation, sorting, storage, and transportation of wood on rafts named “bokor”. Nowadays, tourist infrastructure is being actively built around Synevyr, and the nationwide festival “Trembitas are calling to Synevyr” is held annually on the lake’s shores (“trembita” is an alpine horn made of wood, common among Ukrainian highlanders).

The lake is located in the Inner Gorgany mountain range near the Synevyrska Poliana village of the Mizhhirskyi district of the Zakarpattia region at an altitude of 989 metres above sea level; 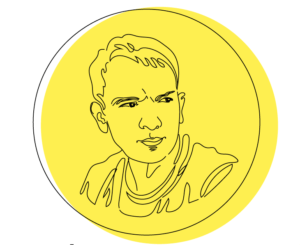