Malosse: “I am not anti-Ukrainian” 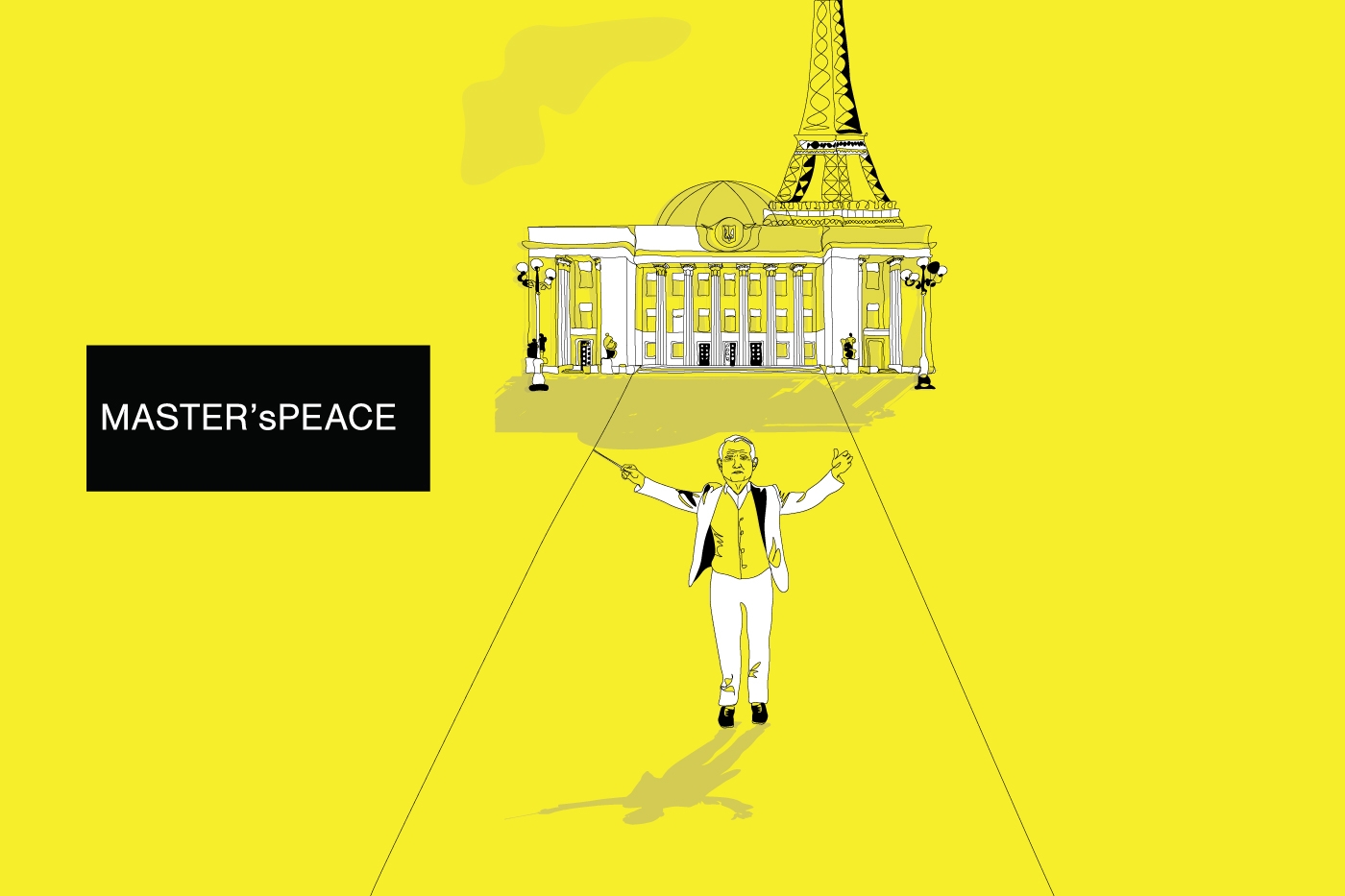 Malosse: “I am not anti-Ukrainian. And I think the Normandy format needs the participation of parliaments.”

Meetings among leaders of Ukraine, Russia, France, and Germany are not enough to resolve the Ukrainian conflict, that’s why dialogue among parliaments of these four countries can be positive, says the former President of the European Economic and Social Committee Henri Malosse. In an interview with Promote Ukraine, Mr Malosse explained why the Normandy format might have a parliamentary dimension and why he does not care that the initiator of such an idea, the Ukrainian opposition politician Viktor Medvedchuk, is nearly a relative to Vladimir Putin.

Mr Malosse why do you support an initiative of Viktor Medvedchuk, leader of the Opposition Platform — For Life to create a dialogue between parliaments in the Normandy format?

I have always been supportive of a dialogue between the European Union, Ukraine and Russia. Even in the hottest times of the Maidan. As you know, I was the first president of a European institution on the Maidan square. I was the first to invite to Brussels leaders of the Maidan including not just Ruslana but Mr Goncharuk, who is now the Prime Minister of President Zelensky. There is a photo behind me, where Ruslana and Olexiy Goncharuk and I were here in January 2014 at a plenary session to present the goals of the Maidan civic movement. And I am still banned from going to Russia because Mr Putin put me in the blacklist.

So I cannot be considered as anti-Ukrainian. I am very supportive of the Normandy format. This is a French initiative of President Francois Holland which Mr Macron continued with Chancellor Merkel, as well as the Russian and Ukrainian presidents. As you know, they met in December in Paris, and I think that it is positive to have a dialogue.

Anyway, you cannot push Ukraine to the West. Ukraine has Russia as its main neighbour. We have this heavy, awful crisis, because of which more than 10,000 people lost their lives, and I think that we have to do everything possible to stop it, while, of course, respecting the sovereignty and the independence of Ukraine. However, we also have to think about the human toll. The fact that this crisis is very damaging mainly for Ukraine because of its economic situation, because of the lives of its citizens, because its territory is divided — a part of the country is at war. How are you going to attract investments into a country that is at war? That’s why I support any initiative that can accelerate the resolution of this conflict.

You know that Viktor Medvedchuk is the leader of the opposition party and he is also, let’s say, almost a relative of Vladimir Putin because Putin is the godfather of Medvedchuk’s daughter. And all his initiatives are apparently approved by Putin. Don’t you think that this initiative is not suitable for Ukraine?

I don’t see the things you see. I am not interested in the relations between one and the other. It can be much more complicated. Anyway if someone is a godfather of your daughter, does that mean that you, yourself, are very close to this person? Ok, but it does not mean that you share exactly the same views. I was asked by various personalities in France and in Ukraine to meet Mr Medvedchuk. I met him for the first time in Paris, and I did not meet him before in Ukraine. So I met him for the first time during a meeting in the French senate two weeks ago. I had a positive impression from the words of Mr Medvedchuk. I don’t know about his links with Mr Putin, and he did not mention them. He is a Ukrainian politician, he is a member of the Rada, of the Ukrainian parliament. I noticed, and my colleagues in the French senate noticed that he presented this initiative not as his own one, but as an initiative for Ukraine and he even said that he had asked the party of Mr Zelensky which has a majority in the Rada to take the lead of this initiative. Mr Medvedchuk just said that he didn’t want to lead the initiative; it should be lead from the Ukrainian side by Mr Zelensky’s party “Servant of the people”. This is why I think that this initiative is interesting.

As a representative of civil society, I think that this Normandy format is a very good platform to solve the Ukrainian issue. Do you know why? Because it is a truly European initiative. I wouldn’t like to see Americans or somebody else involved in this. This is a question to be resolved among Europeans: Russia, Ukraine, France, Germany. There is no UK in this format, but anyway, Britain is now out of the EU. So these are the four major players in this issue. Thanks to Mr Zelensky’s initiative, troops have been withdrawn, there have been some positive signs of peace, and we have to encourage them. And I personally think that it is not enough to have meetings among the four leaders, and dialogue among the parliaments of these four countries can only be positive. I don’t care if Mr Medvedchuk is a godfather or someone else is a godfather. Whatever. What is essential for me is to see whether this initiative can help to resolve the crisis or not.

The main political parties lead the initiative on all sides. Last week I was invited to a meeting in Germany in the Bundestag. We met a member of SPD (Social Democratic Party of Germany — PU); on my initiative, we also met with CDU (Christian Democratic Union of Germany — PU), Mrs Merkel’s party and in Paris, we met senators and members of the parliament from the republicans, from the conservatives but also from La République En Marche!, Mr Macron’s party. So it is not a party initiative, and it is not something for the glory of the opposition leader. It is something that could be useful. That’s why I participate, and I support this initiative.

But you know that Putin is not just a godfather of Mr Medvedchuk’s daughter, but Medvedchuk himself is really pro-Russian. Did you not feel that during the meeting with him?

No. No, I did not feel that at all. I heard from Mr Medvedchuk that he wants to find ways to get out of this crisis. Respecting, first of all, the interests of Ukraine and. Second of all, taking into account the positions of others. If you want to find a solution, you have to respect the position of the other. For example, I can tell you that during our debate at the French senate, Mr Medvedchuk reiterated that Crimea is Ukrainian, it is on the Ukrainian territory. He mentioned that Russia has another opinion, but he said that for Kyiv, Crimea is a part of Ukraine. I don’t know, apparently he is known as pro-Russian in Ukraine. However, he is a member of the Ukrainian parliament, he has been elected, so I think he has the same legitimacy as all other members of the Ukrainian parliament. We live in a democracy. You know what democracy is. In a democratic state, you have to respect the opinion of each person, of each citizen and all the people who were elected by the citizens. But I will say that I personally and my republican friends from the French senate, my friends from La République En Marche!, from CDU in Germany have always insisted to Mr Medvedchuk that they wish this initiative to be supported by all of the political parties of the parliament in Ukraine. And this point has been reiterated to Mr Medvedchuk, and his answer was always: this is my wish. I would like to see all the parties and mainly Mr Zelensky’s party supporting this initiative.

Mr Malosse, do you have your own ideas, initiatives to do something with Ukraine and for Ukraine?

When I participated as President of a European institution at the Eastern Partnership summit in Vilnius in 2013, I was sitting not far from Mr Yanukovych (the then President of Ukraine removed from power in February 2014 — PU). He was not very open to discussions with me, but fine. And what I said during this meeting and I reiterated that in front of Mrs Merkel, Mr Holland, Mr Yanukovych, and others is that we cannot force Ukraine to choose between Russia and the EU, we cannot oblige to choose between your mother or your father. It is not a question of whether to choose between Mrs. von der Leyen and Mr Putin. I understand that Ukrainians will choose a truly democratic model, and I support that, this is my vision too. But you cannot move the geographical position of Ukraine to the West. Ukraine is where it is. It is in the centre of Europe with Russia from the Northeast side and the European Union from the Westside. So we have to live with that. And my vision coincides with a French vision of Europe from the Atlantic to the Urals, and we maintain the idea that we have to reunify the continent. Yes, some people don’t like the leaders of Hungary, some people don’t like the leaders of Poland, some people don’t like the leader of Russia, they don’t like Boris Johnson, whatever. But we are Europeans, and I like citizens. I want to have discussions with the people of all these countries.

I have been banned from going to Russia, I wouldn’t say I like this because I want to talk to Russians. I was in Russia before being banned. I met young people, students, I have always said what I thought, which was not just to praise Mr Putin, but I felt free, and I still feel free to criticize him or his decisions.

So I will always praise positive movements to find a solution. The situation of Donbas is horrible, and you see that from the beginning of this year, more than 20 persons have lost their lives. So it is not a joke, it is a tragedy that should be stopped. But there is a very sensitive part: this conflict started because Russia, Ukraine, and the European Union did not have a dialogue, a trilogy. And we have to find a solution. For trade issues, for freedom of citizens, for democratic matters, it includes all attempts and all violations of democratic rules in Russia, but also in Ukraine, and in other countries. And I think that probably in 2013 there had been mistakes. I said in Vilnius (at the Eastern Partnership Summit where Yanukovych refused to sign the Association Agreement with the EU — PU) that on top of the European Union perspective to push the partnership between Ukraine and EU that I support, it is something positive, we had to propose something between Russia and the European Union.