The New Reality of Europe – What Does It Mean for Ukraine? 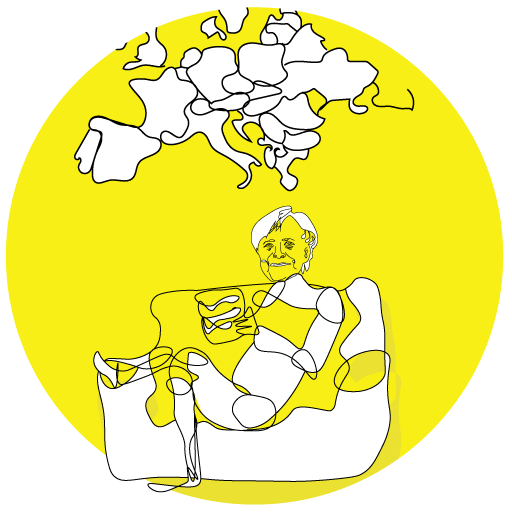 The European Union is not in its best shape right now, though there is some optimism in relations with Ukraine

After a decade of crises, the European Union – soon with new leadership in its institutions – finds itself in a mixed mood:

On the one hand, the setbacks and contingencies of the recent past are not over and done with, but in many cases persist, and could even come back or get worse. The Euro crisis is not ultimately solved, while a global economic downturn is looming. Russia has begun to use military aggression against its neighbors and hybrid meddling in our democracies. China is becoming a systemic threat to liberal democracy by globally exemplifying a new type of authoritarianism. Brexit is weakening Britain and the EU. Transatlantic relations are in a bad state, some would say, an existential crisis. Europe is still trying to come to grips with irregular migration and numbers of asylum seekers slowly rising again. And populism and nationalism have achieved ominous electoral successes inside the EU, putting into question liberal democracy, checks and balances and many of the values on which our Union is built. Finally, climate change is beginning to weigh on economies and putting additional strain on our political systems.

On the other hand, the Union has not fallen apart, as some speculated after recent populist electoral successes and especially after the Brexit referendum and Trump’s victory in 2016. The worst of the Euro crisis is over. NATO is alive and kicking, despite Trump’s tweets, and the United States is investing more, not less, in Europe’s security. In the last European Parliament elections, the feared big shift to the nationalist right did not materialize. And while liberal democracy is challenged at home, it is being reborn under punches in unlikely and faraway places such as Moscow and Hong Kong.

All this taken together, the European Union may not be in brilliant shape, but it has every reason to optimistically tackle the challenges ahead. The energy with which Ursula von der Leyen has begun to prepare her Commission Presidency is remarkable.

This is the European Union that Ukraine will be facing over the next few years. As regards Ukraine itself, three things are obvious.

First of all, the modernization impetus that the Revolution of Dignity (the Euromaidan) has given the country, is not as exhausted 5 years down the line as it had been after the Orange Revolution of 2004. The balance sheet of the Poroshenko administration has some very positive elements: Russia’s invasion of 2014 has been stopped militarily and thanks to support from the West. Ukraine’s economy, as well as its currency, have been successfully stabilized. Public service has undergone some reforms and the relationship with the EU has developed nicely, with visa-free travel and considerable financial support. Ukraine’s civil society has also performed extraordinarily in recent years. But too much remained to be done for the old Ukrainian administration to stay in power in 2019: especially corruption was not tackled sufficiently by the previous government.

The second fact about Ukraine is that Russia’s military and hybrid aggression of 2014 has, in most respects, spectacularly backfired: Ukrainians have found an unprecedented sense of national unity. Their desire to live in a normal, modern European democracy has been greatly strengthened, and the certainty that Ukraine’s future is with the West and not with Russia, has significantly increased.

The third fact is that Volodymyr Zelenskyy’s new drive for anti-corruption policies may have its merits. However, that his efforts to build a durable peace in Eastern Ukraine are doomed to fail as long as Putin sticks to his current line – and that may be a long time. Ukraine’s energy security will greatly depend on the extent to which Germany and its EU partners are ready to put pressure on Russia not to discriminate against Kyiv when the gas agreement has to be renewed early 2020.

What does all this mean for Ukraine in the next couple of years? Above all, it means that Ukraine must continue to reform and modernize, not because the EU is saying that, but for its own sake. That is the main point about reform. The positive side effects are strengthened relations with NATO, with the EU and its Member States – and a greater readiness of these countries to support Ukraine in its defence against Russian aggression.

Given all the crises listed above, further EU enlargement is not exactly desired by most populations in the EU. Especially Germany, France, the Netherlands, and Austria are wary of new member states joining. And if there will be any enlargements over the next decade, most likely they will involve countries from the Western Balkans. That means that Ukraine cannot, in the foreseeable future, count on a clear accession perspective but it will be able to tighten its ties with the Union if it keeps reforming and modernizing and, above that, actively cooperating with the EU in economics and security. Both Ukraine and the EU have gone through rough times recently. They have demonstrated that solidarity, built on common values, is a valid concept when faced with global insecurity as well as with Russian aggression. This is a good basis for a common future in Europe.